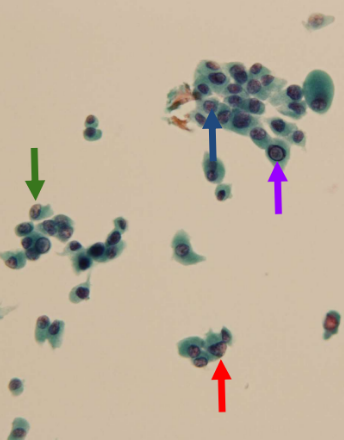 Articles published in this issue are Open Access and licensed under Creative Commons Attribution License (CC BY NC) where the readers can reuse, download, distribute the article in whole or part by mentioning proper credits to the authors.

Adenosquamous Carcinoma of Ascending Colon: Where an Unseen is Seen

Colorectal carcinoma is one of the most malignant solid tumors in Western countries. With the exception of the lower rectum, most primary malignant colorectal tumors are adenocarcinomas. 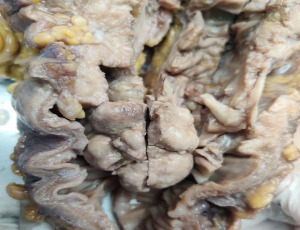 Cancer Stem Cells, Together with Mesenchymal Stem Cells and Other Cooperative Cells, Govern the Initiation and Development of Cancer

Until the end of last century, the origin and development of cancers were mostly attributed to the proliferation of their active cells, operative in collaboration with non-cancer cells of the patients. In particular, an important role was attributed to cells now recognized as mesenchymal stem cells (MSCs), first considered a few decades ago. Initially, however, the role attributed to these cells was only limited. 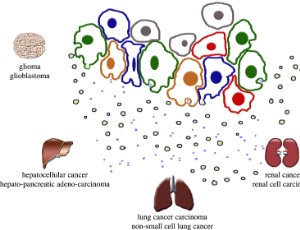 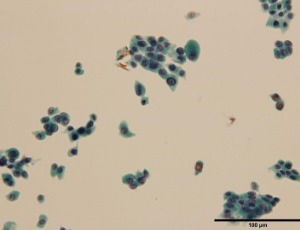 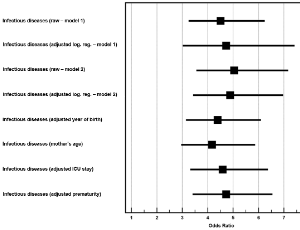 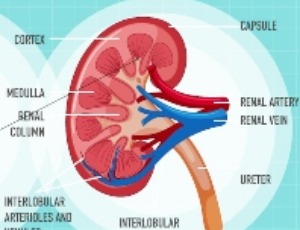 Activation of NLRP3 Inflammosome by N4-Acetyl Cytidine and Its Consequences

N4-acetylcytidine (N4A) is an organic compound and a metabolite of transferrable ribonucleic acid. Its molecular formula is C11H15N3O6. Earlier studies suggest that N4A was mainly found on tRNA and 18S rRNA, while recent studies have shown that there is also a large amount of N4A on mRNA, whose abundance is not even lower than the m7G cap modification carried by mRNA.

Despite the advances in diagnostic and therapeutic field, colorectal cancer (CRC) still remains the third most common cause of death worldwide, with more than 600,000 cancer-related deaths per year.

Artificial Intelligence (AI) techniques represent a fascinating, provocative, and challenging discipline, are pervasive and of global importance. The European Commission summarized the current state in a White Paper on AI issues released on 19 February 2020, discussing various AI concepts that revolutionized many complex processes

Tumors harboring mutations in certain oncogenes are often dependent on activation of certain pathways which becomes essential for the survival of the cancer cells. This condition is formally known as synthetic lethality, a state when simultaneous loss of two genes is lethal to a cancer cell, while the loss of the individual genes is not.

Contraception encompasses the concept of avoiding a pregnancy, and is aimed at women of reproductive age who, although are sexually active, do not want to achieve any pregnancy at their option fertility preservation and family planning

Primary tumors of the small bowel are a rare condition, accounting for 2 to 3% of gastrointestinal tumors. Malignant melanoma is the most common metastatic tumor found in the gastrointestinal tract [1]. It can be localized in different sites, from the oral cavity to the anus. It can also be present as a primary lesion.

Safety and Efficacy of s-MOX Regimen in Patients with Colorectal Cancer Who Developed Cardiotoxicity Following Fluoropyrimidine Administration: A Case Series

5-fluorouracil (5-FU), an antimetabolite in the fluoropyrimidine class, is the third most commonly used chemotherapeutic agent worldwide for the treatment of solid malignancies [1]. Despite advances in novel cancer therapies, commonly used in combination with fluoropyrimidines, 5-FU remains one of the most effective and safe chemotherapy agents to manage colorectal cancer (CRC).

According to estimates from the International Agency for Research on Cancer, by the year 2030 there will be 22 million new cancer cases and 13 million deaths per year. The main reason for death from cancer is not the initial tumor but it’s metastasis to distant parts of the body, yet this process has remained poorly understood for quite some time.

Paraduodenal Pancreatitis: Many faces of the Same Diagnostic Challenge

The term paraduodenal pancreatitis and groove pancreatitis are today used interchangeably, with all conditions having similar manifestations; they refer to an uncommon and still under-recognized form of recurrent or chronic pancreatitis that affects the so-called groove. The groove represents the potential space between the head of the pancreas, medially and the second part of the duodenum, laterally. It is bordered by the duodenal bulb and the third part of the duodenum in the superior and posteroinferior aspects, respectively. The inferior vena cava also forms the posterior aspect. Distal common bile duct (CBD), ampulla, major and minor papilla, superior pancreaticoduodenal vessels and lymphatics, as well as some lymph nodes, are anatomically present in the groove.

Autophagy: When to strike?

Autophagy was originally viewed as a widely conserved multistep lysosomal degradation pathway in eukaryotes. It includes the formation of autophagosomes, doublemembrane structures engulfing cytoplasm with damaged organelles during the degradation process.

Cancer is the second most common cause of death worldwide, accounting for an estimated 9.6 million deaths in the year 2018, a number that is expected to grow to more than 13 million by 2030. In the past decade, we have witnessed unprecedented scientific advancement in the understanding of cancer etiology, prevention, diagnosis and development of new therapeutic strategies.

In light of the current pandemic from rapid transmission of the severe acute respiratory syndrome coronavirus 2 (SARS-CoV-2 or COVID-19) and significant morbidity, there has been inconsistent medical guidance given to the public regarding the wearing of non-medical improvised fabric masks or face coverings to reduce the transmission of COVID-19.

Over the past few years, pharmaceutical R&D has become aware of the potential benefits of leveraging artificial intelligence and its collective subfields including machine learning, deep learning, data science and advanced analytics.

The Possible Role of Molecular Vibration in Intracellular Signalling

The exchange of information within the cell is extremely complex. Besides the well-studied chemical signalling, physical signalling is required to fulfil spatial and temporal aspects. The Golgi apparatus and the microtubule skeleton system are the decisive structures for numerous intracellular transport tasks.

Autophagy is the one of the essential pathways for maintaining homeostasis of cells and plays an important regulatory role in cell survival and death. Tp53-induced glycolysis and apoptosis regulator (TIGAR) is a Tp53 target protein and is not only involved in the regulation of metabolism, cell cycle progression and radiation response, but also plays a role in autophagy.

The survival probability of early human conceptions is very low. At least 73% of natural single conceptions have no real chance of surviving six weeks of gestation [1]. After six weeks, survival rates improve rapidly as 90% of the remainder will survive to term.

Alpha-fetoprotein (AFP) is a tumorous marker for the diagnosis of hepatocellular carcinoma (HCC), it is synthesized mainly by the embryo yolk sac, fetal liver and the gastrointestinal tract. AFP belongs to the family of protein products of albuminoid genes, which are located in tandem arrangement in chromosome 4 (region 4q11-q13).

A New Window onto the Pacemaker of the Heart, the Sinus Node, Provided by Quantitative Proteomics and Single- Nucleus Transcriptomics

Hypothesis-driven research has dominated biomedical science for at least the past century. There are many papers and grant applications that will have been rejected because they are not hypothesis-driven. For example, Haufe reports that the NIH guidelines for RO1 grants states that “A strong grant application is driven by a strong, solid hypothesis with clear research objectives”.

COVID-19, a global pandemic caused by severe acute respiratory syndrome-coronavirus 2 (SARS-CoV2) has resulted in hospitalization in many cases.