Journal of Nanotechnology and Nanomaterials 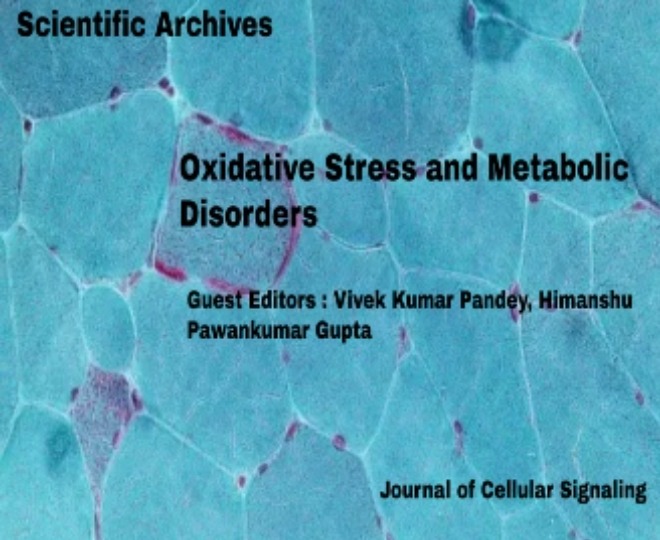 
Copyright © 2020 Faizan M, et al. This is an open-access article distributed under the terms of the Creative Commons Attribution License, which permits unrestricted use, distribution, and reproduction in any medium, provided the original author and source are credited.

Since last century, carbon monoxide (CO) generally regarded as “silent killer” and life-threatening for living organisms because of its colourless, odourless and poisonous nature [1]. Haldane explored the poisonous nature of CO can be exerted as car-boxy hemoglobin (COHb) through hemoglobin dissociation parameters [2,3]. This study explains the biological role of the CO inside the mammalian systems.

As endogenously released gaseous messengers, or gas transmitters these particular molecules calibrated as nanomedicines (NMs) or nanomaterial (NMs) essential to physiology of all microorganisms’ postulates, responsible for intracellular and intercellular approaching [4]. The endogenous gaseous mechanism has attracted greater attention by the researchers for designing and developing such administration that could supply reserved CO at moderate rate such as vascular modulator [5,6]. To achieve the endogenous therapeutic activities, exogenous endeavor is the appropriate choice for the purpose of drugs.

CORMs are organometallic carbonyl complexes good for solubility and shown good compatibility with mammalian system. The tissue selectivity and toxicity of organometallic complexes after degradation of CORMs is still a big challenge for the CO drug developers. Finding a specific target is quite impossible for CORMs because CORMs are soluble and can easily access every part of the body which makes it good for searching and reaching the effected organs, on the other hand might be harmful for the healthy organs because of their inhibiting characteristics. Slow kinetic profile is required for the therapeutic actions. Usually CORMs possess fast kinetic profile. The fast kinetic profile favors the ion-channel path rather than therapeutic dosage. The ion-channel path explained the complete biological route of CO. The already developed CORMs are: CORM-1, CORM- 2, CORM-2, CORM-A1, ALF492, Re-CORM-1, ALF186, ALF794. The disused challenges and limitation moves the researchers towards CO-releasing materials (CORMats) [7].

CORMats have been introduced because they exhibit less toxicity and are excellent for tissue selectivity. The handling of the toxicity of organometallic complexes is one the exclusive feature of CORMats development. Although, at initial level there were some remarkable breakthrough but results need to be improved for the development of ideal CO pro-drug. In CORMats, several scaffolds/ conjugated formulation have been introduced, and are still under investigation using compatible conjugate CORM’s (Fe-, Mn-, Ru-, Co-, metal carbonyl complexes) through different transporting services such as micellar system, Iron MOFs [9], co-polymer systems [10,11], protein [12], nano-fiber gel [13], metallodendrimers [14] and inorganic hybrid scaffolds [15-18].

The major challenges for the development of CO precursor are: solubility, compatibility with biological system, tissue selectivity, kinetic profile, activation mechanism, cytotoxicity of the drugs (ability to kill the diseased organs), and toxicity of organometallic complexes before and after degradation of precursor. The half-life of CO precursor (t1/2) is also defined the stability and sustainability of the drugs which is directly related to its performance. To improve the sustainability of CO precursor, the half-life (t1/2) must be extended for few minutes. The half-life of CORM-1 and CORM-2 has very short interval up to 1 minute in PBS (phosphate buffered saline) at 37°C temperature and pH nearly 7.4 [7].

CO grants the pro-apoptotic behavior and acting as anti-apoptotic [19], by giving security to the cells and secure tissue from destruction, while being assertive to T- cells (strike and damage the tissue or cells), fibroblasts or cancer cells [20]. CO encompasses the broad scope as it influences the cellular proliferation. CO contains the cancer cells propagation, aggressive T cells and chronic vascular regeneration in pulmonary hypertension situation [21]. Surprisingly, CO encourages the proliferation of endothelial cells, progenitor cells and regulatory T-cells [22-24]. Self- regulatory mechanism of cell/organism (Homeostatic) are the beneficial aspects of CORMs or/and CO gas therapy in numerous animal disease model which are manifested by molecular and cellular functional mechanism of HIFα, iNOS, TNF, ROS, PPAR-gamma.

CO promotes the mitochondrial bio-genesis and compels mitochondria to enhance the reactive oxygen species (ROS) [7] and ATP generation as account for influences the cellular execution. That is the demonstration of ROScontingent upregulation of hypoxia-inducible factor 1α (HIFα) and peroxisome proliferator-activated receptor- (PPAR-gamma) to save from inflammation and lung injury [42], and given performance against reducing TNF-α generation in ventilator induced injury [26]. CO participate the biological activity irrespective of mode of transportation and direct/indirect administration. CORMs/CO both have feature of exhibiting the reendothelialization affected by wire-trauma injury [23].

In summary, small concentration of CO is vital for different therapeutic purposes. Indirect inhalation is the appropriate choice for the CO drug administration. CORMs and CORMats are the two subcategories of indirect inhalation. For carbonyl complexes, organometallic element is the key component. Organometallic complexes are good for carbonyl reaction, unfortunately it is involved in toxicity. To some extent, different techniques are applied to overcome this dilemma. Tissue selectivity and cytotoxic effects are also prime objective of drug development.

Proton minibeam radiotherapy (pMBRT) is an external beam radiotherapy method with reduced side effects by taking advantage of spatial fractionation in the normal tissue. Due to scattering, the delivered small beams widen in the tissue ensuring a homogeneous dose distribution in the tumor. In this review, the physical and biological principles regarding dose distribution and healing effects are explained. In the last decade, several preclinical studies have been conducted addressing normal tissue sparing and tumor control in-vitro and in-vivo, using human skin tissue and mouse or rat models. The major results acquired in these studies are summarized. A further newly emerging therapy method is FLASH radiotherapy, i.e. the treatment using ultra-high dose rates. The possibility of combining these methods in proton minibeam FLASH therapy (pMB FLASH) is worked out. Additionally, technical feasibility and limitations will be discussed by looking at simulations as well as preclinical studies and also pointing out new ways of delivering the desired tumor dose, such as interlacing. We will also highlight the opportunities that emerge regarding high dose radiation, hypofractionation and the combination with immunotherapy.

Damage-Associated Molecular Patterns (DAMPs) are known by their nature to cause inflammatory responses in numerous disease states from cancer, trauma to age related diseases (e.g. atherosclerosis, Alzheimer’s and Parkinson’s diseases), these molecules are released by cells undergoing cell death.