Copyright: © 2022 Nazarbaghi S, et al. This is an open-access article distributed under the terms of the Creative Commons Attribution License, which permits unrestricted use, distribution, and reproduction in any medium, provided the original author and source are credited.

Introduction: One of the drugs that are added to common treatments in drug-resistant epilepsy is levetiracetam. Objectives: In this study, the effect of levetiracetam and carbamazepine with levetiracetam and sodium valproate on seizure frequency in patients with epilepsy was compared.

Patients and Methods: This study was a clinical trial in which pre-treatment and post-treatment seizures were compared. In this study, 180 patients with generalized seizures (primary or secondary) who were treated with carbamazepine or sodium valproate were included. The patients were divided into two groups based on receiving the drug carbamazepine (group A) and sodium valproate (group B), and they were examined in periods of 4, 8, 12 and 24 weeks after treatment.

Conclusion: The addition of levetiracetam to the treatment of patients with carbamazepine and sodium valproate had good results and was well tolerated by patients and did not cause any serious side effects in any treatment group.

Epilepsy involves one or a group of chronic disorders in which seizures recur unprovoked and unpredicted. Epidemiological studies in the United States estimate that about 2 million people have epilepsy. About 44 cases per 100,000 people annually are diagnosed with epilepsy, which is about 1% in the United States at the age of about 20 years. More than two-thirds of epilepsies are related to childhood, and the prevalence of epilepsy increases in people 60 years and older [1]. Epilepsy is defined as a series of unexplained recurrent seizures. The use of antiepileptic drugs is one of the most important aspects of treatment. In about 70% of all patients with epilepsy, seizures are completely or almost completely controlled with medication, and in 20 to 25%, the number and severity of seizures are significantly reduced [2]. Phenytoin, carbamazepine, and sodium valproate are antiepileptic drugs and are more effective in the treatment of generalized and partial seizures. Lamotrigine is emerging as a popular alternative to partial seizures with different functions than the first three drugs [3].

First-line drugs for the treatment of partial epilepsy are carbamazepine, phenytoin, and valproate. However, in the treatment of a significant part of patients due to side effects of the above three drugs, there are limitations, the health and effectiveness of these drugs have been shown in both adjuvant therapy and monotherapy. Valproate is one of the most important antiepileptic drugs in the world. Valproate has been approved as the drug of choice for primary generalized epilepsy as well as for partial seizures and has been shown to be as effective as first-line drugs. Valproate is a potent antiepileptic and is effective in a wide range of seizures and is the drug of choice in generalized idiopathic epilepsies. The side effects profile of valproate is very broad and will therefore be replaced by other new antiepileptics in the future [4]. There are many medications available today to treat epilepsy in adults. Especially since 1993, with the arrival of the new generation of antiepileptic drugs, more facilities have been provided. Older drugs such as carbamazepine alone or in combination with sodium valproate form the first line of treatment. New drugs include gabapentin, lamotrigine, thiagabine, and topiramate and levetiracetam [5].

Levetiracetam has rapid and complete gastrointestinal absorption, but its ability to bind to protein is low. It is partially metabolized by enzymatic hydrolysis but is independent of the cytochrome P-450 system (CYPs). The drug and its metabolites are excreted in the urine and have a half-life of about 6-8 hours. It does not interfere with other antiepileptic drugs. It also has no effect on the pharmacokinetics of other drugs such as contraceptives, digoxin and warfarin. This drug is used as an adjunct in the control of partial and generalized epilepsy. The exact mechanism of the drug is still unknown. This drug is used as the first line of treatment in the elderly due to its appropriate effectiveness [6,7]. Anticonvulsant drugs in 70% of epileptic patients provide complete control of seizures and in 20% of patients seizures occur occasionally. The number of attacks in patients despite the use of appropriate anticonvulsant drugs in 5-10% of cases does not decrease significantly. Resistant seizures, in addition to disrupting the normal course of a sufferer’s life and causing physical and mental complications, impose many problems on the family as well as the cost of treatment and care on the community. The addition of anticonvulsant drugs and the multiplicity of anticonvulsant drugs with interactions with each other and the accumulation of side effects create other problems, so trying to find a drug that is effective in controlling seizures without adverse side effects, are useful. One of the drugs that are added to common treatments in drug-resistant epilepsy is levetiracetam [5-8]. In this study, the effect of levetiracetam and carbamazepine with levetiracetam and sodium valproate on seizure frequency in patients with epilepsy was compared.

This study was a clinical trial to compare the seizures before and after treatment. Patients aged 18 years and older referred to the neurology clinic of Imam Khomeini hospital in Urmia were included in the study. In this study, 180 patients with generalized seizures (primary or secondary) who are being treated with carbamazepine or sodium valproate, and despite adequate treatment, their seizures have occurred at least twice in the last 6 months were selected. Patients were divided into two groups comprised of carbamazepine (group A) and sodium valproate (group B) and then levetiracetam 250 mg was added twice a day. After a week, the dose of the drug was increased to 500 mg and then 24 weeks later, they were examined for seizures. In case of intolerable or dangerous drug side effects, lack of cooperation, laboratory disorders or death, the patient was excluded from the study. EEG was performed at the beginning and week 24 after treatment. Patients with allergy to drugs, liver, metabolic and electrolyte disorders were excluded from the study.

The research conducted in accordance with the tenets of the Declaration of Helsinki. The Ethics Committee of Urmia University of Medical Sciences approved this study. The institutional ethical committee at Urmia University of Medical Sciences accepted all study protocols (IR.SKUMS. REC.1397.181). Accordingly, written informed consent taken from all participants before any intervention. This study was extracted from M.D., thesis of Samaneh Mirzaie at this university.

For descriptive statistics, the percentage and frequency for qualitative variables and the mean and standard deviation for quantitative variables were used. Also, t-test and chi-square test were applied. The significant level for all tests was less than 0.05. All data analysis was performed using SPSS version 21.

The overall study design is shown in Figure 1, as the CONSORT diagram. 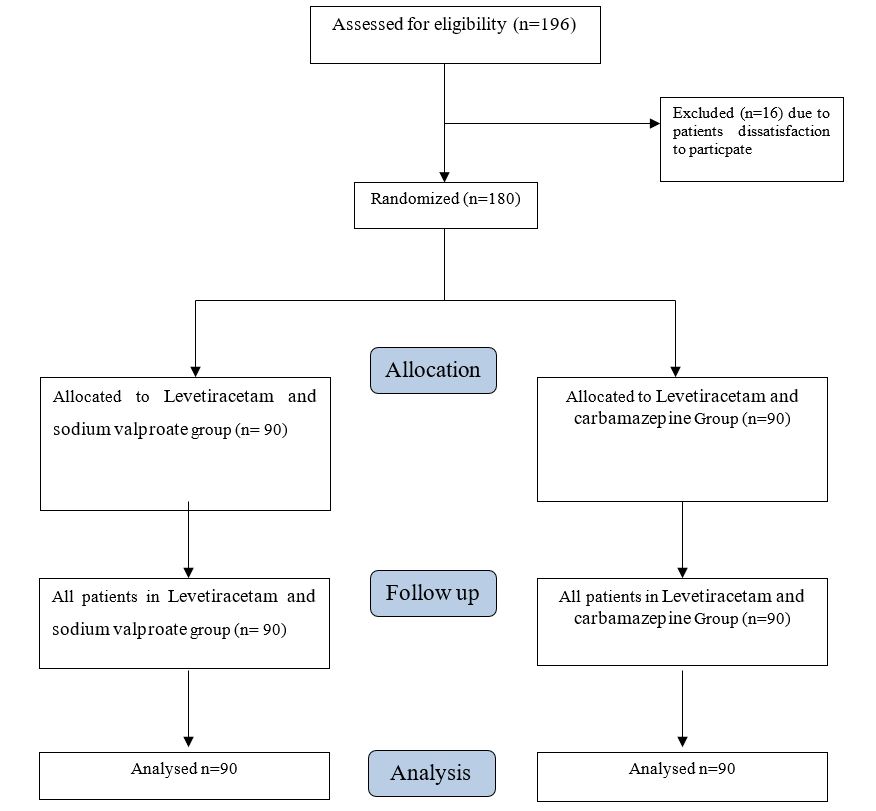 Figure 1: The CONSORT diagram of the study.

Table 1: Comparison of demographic variables in the patients by group.

In our study, comorbidity in patients was examined, which is expressed separately for each group (Table 2).

Table 2: Frequency of comorbidity in patients by group.

Table 3: Frequency of seizure in the patients by group.

Table 4: Side effects happened in the patients by group.

Carbamazepine and sodium valproate are antiepileptic drugs and have been more effective in the treatment of generalized and partial seizures. The health and efficacy of these drugs, both as monotherapy and as adjunctive therapy, have been somewhat determined in studies. In the present study, we tried to compare the effect of combining levetiracetam and carbamazepine with levetiracetam and sodium valproate on the frequency of seizures in patients with epilepsy. To the best of our knowledge, sodium valproate was known as the most important anticonvulsant drug until 1990, when new anticonvulsants with good effect, fewer side effects, and better tolerance were discovered and found without the need for blood level monitoring [5]. However, valproate has been used to control seizures for many years, but extensive studies have not been done to diagnose its side effects. Only studies on dose-dependent side effects are available, including a study by Chaisewikul et al. that, based on clinical trials of dosedependent side effects including nausea, vomiting, tremor, drowsiness and dizziness, in which were consistent with the results of the present study [6]. However, in the case of the drug compared in this study, levetiracetam, a study was performed which stated that its side effects were drowsiness, weakness and dizziness [7]. Another study reported side effects such as headache, seizures, drowsiness, weakness, dizziness, pain, and cold-like syndrome in more than 10% of patients but in our study these outcomes had not been reported may be due to the small sample size or that patients should be followed up for a longer period after taking the drug [8]. Our study showed that in the group treated with carbamazepine and levetiracetam 40% of patients reported drowsiness, but in the group treated with sodium valproate and levetiracetam this rate was lower and 28% of patients reported that although this difference was not statistically significant, but it shows that in the initial review, patients seemed to tolerate sodium valproate and leutiracetam better. In a study conducted by Heo et al., 36% of patients reported drowsiness, 12% headache and 8% dizziness, which was higher than our study. One of the reasons for the high side effects in this study could be the sample size. Heo et al. examined a total of 92 patients. The short duration of the study can also be considered in this study. The patients were examined for only three months. In a study conducted by Vivo et al., patients’ tolerance time to drowsiness increases [9]. In our study, the frequency of seizures was assessed in both groups during the last 6 months and 6 months after the start of treatment. The results of our study showed that the mean frequency of seizures in group A compared to group B before treatment was significantly lower. But this difference was not statistically significant. However, after the start of treatment and examination, after six months, this difference was significantly reduced. Although this issue cannot be said with certainty and requires a wider statistical community in this regard, but patients, carbamazepine and levetiracetam users experienced fewer seizures than group A. In a study, Heo et al noted that he also showed that seizures were reduced with the use of levetiracetam [9]. In a study by Cataldi et al. [10], it was stated that adjuvant therapy with levetiracetam is well tolerated in patients and has effective results in controlling seizures in 16 to 24 weeks of treatment in uncontrolled generalized idiopathic adult epilepsy syndromes. Levetiracetam therapy is supported as a drug that works in a wide range of seizures. Another study showed that levetiracetam as an adjunct therapy compared to other antiepileptic drugs was an effective and beneficial treatment option in patients with refractory partial seizures and had no side effects [11]. Besides, in a study by Ahadi et al. in Iran [12], the results showed that there is no difference in respect of seizure frequency decrease between the two groups (Levetiracetam vs. Carbamazepine); however, the two groups revealed significantly lower seizure frequency in 2, 4, and 6 months of follow-up compared to the beginning time of study. Regarding side effects, 2.1% of patients in the levetiracetam group reported intolerance and 4.1% of patients in the carbamazepine group reported skin rashes. Totally, levetiracetam, had acceptable results and fewer side effects for the treatment of children with rolandic seizures in Iran.

Limitations of the Study

One of the limitations in this study was small sample size. Also, due to recruitment of the patients before clinical registry, we did not receive clinical trial code retrospectively.

Ethical issues (including plagiarism, data fabrication, double publication) have been completely observed by the authors. The patients gave the consent to publish.

The authors declare that they have no competing interests.

The authors would like to thank the financial support of the vice chancellor of deputy research of Urmia University of Medical Science.