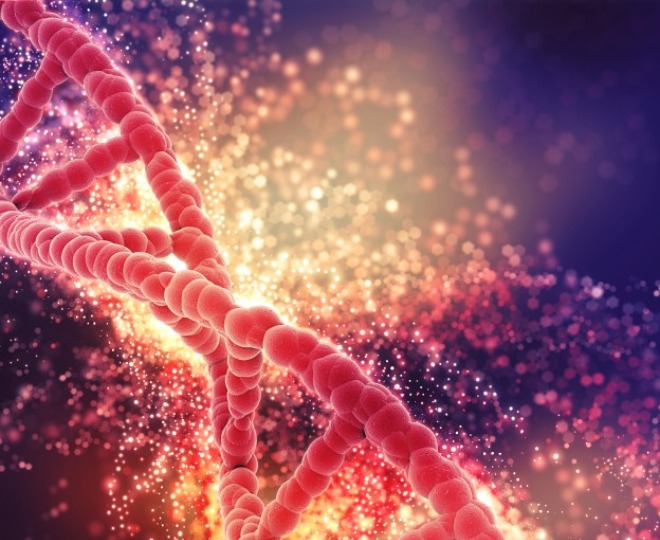 
Copyright © 2021 Al-Akhrass H, et al. This is an open-access article distributed under the terms of the Creative Commons Attribution License, which permits unrestricted use, distribution, and reproduction in any medium, provided the original author and source are credited.

In breast cancer, tyrosine kinase-type cell surface receptor HER2-targeted therapies do not achieve a sustained inhibition of oncogenic signaling. Therapy-resistant tumors compensate for HER2 inhibition through several mechanisms, including increased expression of other cell-surface receptors most notably HER3. HER3 remains currently undruggable despite extensive clinical efforts. Durable efficacy of HER2-based therapy regimens requires, therefore, effective inhibition of HER2 and HER3. Our recent work has unraveled a previously unappreciated role of HER2 and HER3 intracellular trafficking in promoting drug resistance in breast cancer. Sortilinrelated receptor (SorLA) is a sorting receptor mainly investigated with regard to neuronal and metabolic diseases. We discovered oncogenic properties of SorLA through supporting HER2 and HER3 expression and signaling, thus mediating cancer response to growth factors to promote HER2-therapy resistance. Here we briefly review the mechanisms of SorLA supported oncogenic signaling in breast cancer and discuss their translational and clinical potential.

The Unmet Clinical Need of Durable HER2 Inhibition

Tyrosine kinase-type cell surface receptor HER2- targeted therapies have dramatically improved breast cancer patients’ outcome compared to conventional chemotherapies. In the clinic, HER2 monoclonal antibody trastuzumab with chemotherapy represent the gold standard treatment of HER2-positive breast cancer [1]. In the advanced metastatic setting, other Federation of Drug Administration (FDA)-approved HER2-based therapeutic options are used such as HER2 small molecule tyrosine kinase inhibitor neratinib [2]. Metastatic tumors are often therapy-resistant due to drug resistance mechanisms leading to sustained cancer progression most notably with regard to brain metastatic breast cancer, the most challenging medical-oncology situation [3]. 50% of brain metastatic HER2-positive breast cancer samples exhibit enriched HER3 expression compared to their matched primary tumors [4]. Elevated HER3 levels is one of the most reported therapy-resistance mechanisms in breast cancer [5]. HER3 lacks a fully active intracellular kinase domain, however, upon ligand binding the receptor heterodimerizes with its favorite partner HER2 that adopts constitutively the open conformation required for receptor dimerization [6]. The HER2-HER3 heterodimer is a unique and powerful signaling unit facilitating signaling such that even a residual HER2 activation is sufficient to trans-phosphorylate HER3 that bears at least six direct docking sites for the p85 adaptor subunit of phosphoinositide 3-kinase [5,6]. This enables HER3 to compensate for HER2 inhibition and renders HER2-HER3 the most signaling-effective component among all the different heterodimers within the HER family [6,7]. HER3 inhibition is an unmet clinical need since the extensive preclinical and clinical efforts targeting this receptor have thus far failed to lead to FDA approval in any cancer type. This is partly owing to the fact that targeting HER3 using classic tyrosine kinase inhibitors is not an option [5].

To overcome these therapy resistance mechanisms, we used a trafficking-based approach to inhibit HER2-HER3 protein stability. We focused on understanding the biology of sortilin-related receptor (SorLA; SORL1) in breast cancer. SorLA is a member of the vacuolar protein sorting 10 protein (VPS10P)-domain receptor family discovered in the late 90’s [8]. While SorLA extracellular part contains multiple subdomains known to mediate ligand binding/ discharge, its short cytoplasmic tail contains different sorting motives that bind cytosolic adaptor proteins thus triggering the assembly of trafficking complexes [9]. Mature SorLA protein mainly resides in the trans-Golgi network and follows continuous trafficking between this compartment and the cell surface through endosomal vesicles [9]. Endosomal trafficking events are implicated in maintaining cellular homeostasis as well as sustaining the growth of transformed cells [10,11]. Since SorLA expression is relatively high in the central nervous system, its functions were originally elucidated in neurons where it exhibits protective effects against Alzheimer’s disease and is essential for a correct endosomal phenotype [12].

Our laboratory discovered an original role for SorLA in HER2-positive breast cancer. In this study, Pietilä et al. demonstrated high SorLA expression specifically in HER2 amplified breast cancer and identified an oncogenic function of SorLA through supporting HER2 stability [13]. SorLA silencing destabilizes HER2 protein resulting in decreased HER2 levels and abolishes tumor growth in an in vivo orthotopic model of HER2-positive breast cancer. Interestingly, this oncogenic property of SorLA is specific to HER2-positive breast and bladder cancer, but not in triple-negative nor fibroblast growth factor receptoramplified breast cancer cells [13]. This suggests a cancer molecular subtype-specific function of SorLA to sustain HER2-driven cancer growth. In light of this original study, we aimed to decipher the subcellular pathway and molecular mechanisms that mediate SorLA function in breast cancer.

In a study by Al-Akhrass et al., we discovered an oncogenic link that connects SorLA to HER2-HER3 heterodimer and thus to a fundamental mechanism of drug resistance in brain metastatic breast cancer. Using super-resolution microscopy, biochemical and biophysical approaches, we identified SorLA-HER2-HER3 trimeric complexes in breast cancer cells. Through physical binding to HER2- HER3, SorLA prevents lysosomal degradation of the dimer by rerouting it back to the cell surface in a Rab4-mediated receptor recycling mechanism [14]. Therefore, HER2 and HER3 protein levels are enriched in cellular models exhibiting high SorLA levels such as brain-trophic breast cancer cells. This enrichment of HER2-HER3 exerts a transcriptional control on SorLA gene, SORL1. Activation of HER2-HER3 signaling by various HER3 growth-factor ligands increases SORL1 promoter activity downstream of the mitogen-activated protein kinase (MAPK) pathway, which leads to increased SORL1 transcription and accumulated SorLA protein [14]. Therefore, we discovered a positive feedback loop linking SorLA to HER2-HER3 through a complex mechanism connecting endosomal sorting, receptor signaling and transcriptional regulation in breast cancer (Figure 1).

Heregulins are growth factors highly enriched in the brain parenchyma [4]. Heregulin-mediated activation of HER3 signaling is a well-established mechanism of drug resistance in brain metastatic breast cancer [4]. Using three-dimensional co-culture systems of cancer cells and fibroblasts, we observed that SorLA-depleted cancer cells do not respond to growth-factor release by stromal cells [14]. This indicated that SorLA expression is essential to mediate heregulin effects on cell growth. In addition, the lack of cell-growth rescue by heregulins suggested that SorLA expression might be a mechanism of sustained brain metastasis growth. We assessed the tumor growth of brain metastatic breast cancer cells engrafted in zebrafish brain. We found that SorLA silencing rendered cancer cells sensitive to the FDA-approved HER2 tyrosine kinase inhibitor neratinib, providing insights on a previously unappreciated role of receptor tyrosine kinase recycling in therapy resistance of breast cancer brain metastatic [14].

The Clinical Relevance of Targeting SorLA in Breast Cancer

The strong translational implications of our findings prompted us to assess whether SorLA is an achievable therapeutic target in breast cancer. Since SorLA cycles constitutively between the Golgi and the cell surface [8], we aimed to inhibit the cell surface pool of SorLA using a blocking antibody. In this proof-of-concept SorLA druggablity study, we characterized the anti-cancer effects of an anti-SorLA monoclonal antibody (SorLA ab) targeting the complement-type repeats in the extracellular part of SorLA, known to be a major ligand-binding region [9]. SorLA ab and the gold-standard treatment of HER2- positive breast cancer, trastuzumab, synergize leading to a reduced resistance in breast cancer cells authentically trastuzumab-resistant. These findings were also clinically relevant since SorLA ab inhibits the proliferation of primary patient-derived explant cultures [15]. This study provides the first proof-of-idea that SorLA is a druggable receptor in breast cancer, and might be applicable to other SorLA-promoted cancers.

Our work identified a mechanism of drug resistance by which SorLA mediates HER2-HER3 receptor recycling and HER2-HER3 signalling supports SorLA expression to further sustain oncogenic signaling in breast cancer. Targeting SorLA appears to be a therapeutic option to augment efficacy of HER2-targeted therapies. Given that HER3 targeting is extremely challenging despite the extensive clinical efforts, our findings raise the possibility that inhibiting SorLA might be applicable in combination not only with HER2-based therapies, but also with anti- HER3 monoclonal antibodies that are being assessed in clinical trials.

1. Slamon DJ, Leyland-Jones B, Shak S, Fuchs H, Paton V, Bajamonde A, et al. Use of chemotherapy plus a monoclonal antibody against HER2 for metastatic breast cancer that overexpresses HER2. New England Journal of Medicine. 2001 Mar 15;344(11):783-92.