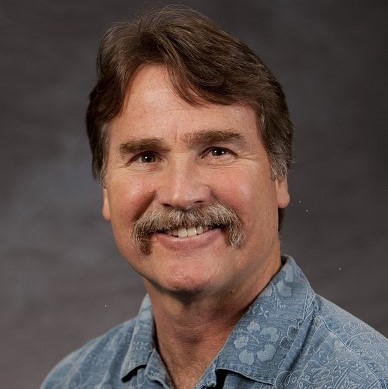 Dr. Daniel Robert Bergey is a Biological Sciences Instructor at  Great Basin College, USA. Dr. Bergey received his B.S. in  Animal Physiology from University of California-Davis, USA in 1983 and PhD from Texas A&M University, USA in 1993. Dr. Bergey has published his papers in reputed journals and has participated in several international conferences.

(2) Free calcium ion (Ca2+) functions as an essential cellular second messenger, and mediates diverse biological processes (including stress and immune responses, developmental transitions, etc.) via association with the calcium-binding regulatory protein calmodulin (CaM).  Up to this point, CaM has been known to function exclusively as a cytosolic regulatory protein.  However, we recently identified a novel plant CaM gene family member that is a, and demonstrated its novel translocation and stable localization to the nucleus via GFP tagging and confocal microscopy.  Genomic DNA sequencing revealed that this unusual nuclear-targeted CaM gene variant carries a C-terminal nuclear targeting domain that is the product of a distinct, separate exon that is alternatively spliced and fused to the standard, wellcharacterized cytosolic CaM coding exon (manuscript in review).  My hypothesis is that this novel, nuclear targeted CaM isoform enters the nucleus, associates with DNA, and acts as a de facto transcription factor to differentially regulate specific suites of genes involved in various cell processes (e.g., stress or defense responses, developmental transitions, etc.).  To address the biological (in vivo) effects of this isoform, we engineered gene constructs and used Agrobacterium-mediated transformation of somatic embryos (or lead disks) to generate transgenic plant lines that constitutively overexpress (or silence) this nuclear-localized CaM isoform.

We are currently assessing phenotypic changes in several of these transgenic plant lines.  An exhaustive recent search of genomic and EST sequence databases have revealed that CaM gene variants with nuclear targeting domains do, in fact, exist in many other (perhaps all) plant genomes as well, including monocots and dicots, but these nuclear-targeted variants have not been formally  investigated or reported to date.  Discovery of this previously unknown prevalence of nuclear-targeted CaM variants opens up a broad new research area in intracellular signaling, and provides a valuable experimental model for investigating mechanisms that mediate evolutionary change at the molecular level (e.g., gene duplication, exon shuffling, etc.) resulting in the formation of new genes and novel phenotypes.

(3) Investigating innate immune defense responses in “primitive” plants (e.g., Bryophytes, Lycophytes, and Polypodeacea), and the evolutionary relationship of plant jasmonic acid signaling to the animal inflammation pathway (arachidonic acid cascade). My post-doctoral work demonstrated that these two ancient, fundamental defense signaling pathways (i.e., plant   jasmonic acid and animal arachidonic acid pathways) share striking parallels with regard to their metabolic sequence and pathway genes, distal bio-active end products, etc.  Investigation in this area would be a continuation of an earlier student project that has significant scientific value and great research student training potential in both field- and lab-based studies, as do the other areas noted above.