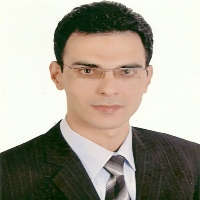 Mohammed Elmarghany is lecturer of Orthopedic surgery, Faculty of Medicine, Al-Azhar University, Cairo since  2018. He pursed Master's degree in Orthopedic Surgery. He did an Internship (March, 2008 - February, 2009) followed by Residency of Orthopedic Surgery (April, 2009 - April, 2012) at Orthopedic Surgery department, Al-Azhar University Hospitals, Cairo. He served as an Orthopedic surgeon specialist at Al-Eman hospital, Almansoura , Egypt (June, 2012- up till now) and Al Gomaa hospital, Almansoura, Egypt (June, 2012- up till now). He also served as a fellow in hospital of San Joan De Due and Vall d'Hebron hospital at Barcelona, Spain (April 2015- July 2015) and  in CTO hospital, Torino University, Italy (Feb2016 -mar2017).