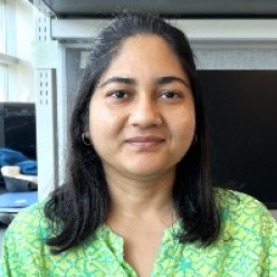 Divya Vimal is a Postdoctoral Research Scientist under Dr. Edward Owusu-Ansah in the Department of Physiology and Cellular Biophysics, Columbia university Irving Medical Center, NY, US. She is studying various aspects of mitochondrial complex-I biogenesis using Drosophila flight muscle as a model system.

She completed her doctorate in 2018 under the guidance of Dr. D. Kar Chowdhuri, former chief scientist at Embryotoxicology laboratory, CSIR- IITR, Lucknow. The title of her thesis was “Studies on the role of mlh1 in reproduction and its modulation by xenobiotics in Drosophila melanogaster”. Her Ph. D findings provide evidence of the altered female reproductive parameters as a consequence of reduced Mlh1 (DNA repair gene) as well as its modulation during xenobiotic mediated reproductive adversities in Drosophila. Divya has been a part of several other collaborative projects going in the lab during her PhD as well as in her current role as a postdoctoral researcher. In the process, she published many papers, review and book chapters in renowned SCI journals.

Divya obtained her M.Sc degree in Applied Microbiology and Biotechnology from Banasthali University, Rajasthan, India in 2010. Later, she qualified prestigious National Eligibility Test (NET) for Junior Research Fellowship in 2011. In addition, she attended various conferences and workshops which contributed to keen understanding of her research field.

My research is primarily focused on studying various aspects of mitochondrial oxidative phosphorylation (OXPHOS) Complex-I biogenesis. I am studying Complex-I assembly in Drosophila flight muscles, which serves as an excellent model system as generous number of mitochondria can be found in flight muscles of Drosophila. Studying CI assembly in Drosophila provides an additional advantage as it allows to explicate the effect of various types of stress on organismal health either developmental or environmental under in-vivo context.

One of the research focuses is on the interplay between Complex-I biogenesis and compensatory stress pathways, the basic signaling pathway behind it and the key regulators. There is a growing list of evidence that implicate dysfunctional mitochondria in various deleterious diseases like cancer, neurodegeneration, skeletal muscle atrophy and ischemia. Elucidating the mechanism/signaling involved in discrepancy in Complex-I biogenesis and compensatory mechanisms like ferroptosis or unfolded protein response mediated suppression of dysfunctional mitochondria will help in developing therapeutic strategies in future.

I completed my doctorate (30 May, 2018) under the guidance of Dr. D. Kar Chowdhuri, former chief scientist at Embryotoxicology laboratory, CSIR- IITR, Lucknow, India on the topic “Studies on the role of mlh1 in reproduction and its modulation by xenobiotics in Drosophila melanogaster”.

The study was focused to examine the effects of mutation in a mismatch DNA repair pathway gene, mlh1 on fertility and underlying events in reproduction of D. melanogaster. The results showed that mlh1 mutation causes severe adverse effect on the reproductive performance. The decline in reproductive performance due to reduced Mlh1 was female mediated. mlh1 mutation also had adverse effects on different processes of oogenesis as well as embryogenesis. All these defects due to reduced mlh1 lead to early zygotic death, thereby, culminating in reduced fertility. Taken together, the observations indicate that mlh1 is essential for the normal female fertility of D. melanogaster.

Another objective of the study was to elucidate the involvement of mlh1 in xenobiotic mediated reproductive adversities in D. melanogaster. Two xenobiotics, Atrazine and BPA were used for the study, both of which modulated the mlh1 expression and produced the similar reproductive defects as mlh1 mutants. Altogether, the findings showed the adverse effects of EDCs on Drosophila fertility with mlh1 being a key component that is being modulated in response.

In the long run, I am interested in elucidating the intricate networking behind stress mediated compensatory stress response pathways. I was fortunate to work with two different research groups that studied stress in some form and how an organism adapts different strategies to either compensate or resist that stress. This experience only strengthened my curiosity to venture further into this field 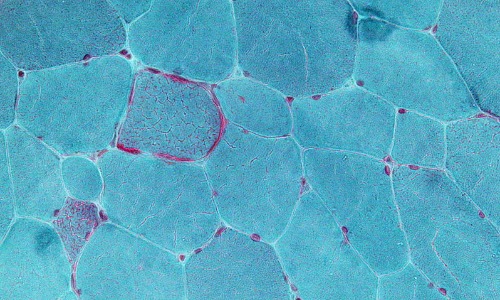 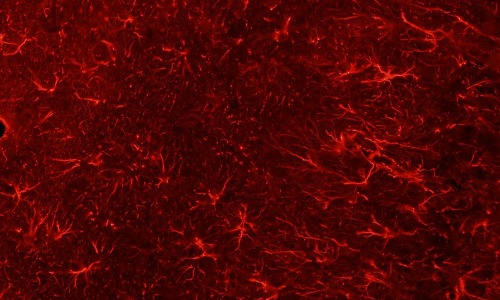 Role of Glial Cells in Neuroinflammation