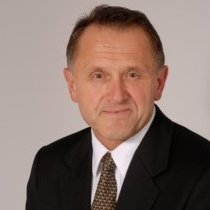 Dr. Nara currently holds the title of Chairman Emeritus. Dr. Nara is a past Chief Executive Officer, President, Chairman & co-founder of Biological Mimetics, Inc., a biotechnology company founded to translate the theory of “Deceptive Imprinting” and the “Immune Refocusing” Technology into preventative vaccines, novel immuno-therapeutics and diagnostics in both human and veterinary medicine. Prior to this position, Dr. Nara was formerly the Section Chief of the Vaccine Resistant Diseases Section, Division of Basic Sciences, Office of the Director at the National Cancer Institute, National Institutes of Health.

Dr Nara’s scientific contributions include to date over 21 book chapters and 163 scientifically peer-reviewed publications.  He was elected as a Fellow to the American Association for the Advancement of Science in 2011. His laboratory at the National Cancer Institute was designated both a National and International AIDS Reference Laboratory by the National Institute of Allergy and Infectious Diseases and the World Health Organization (WHO) Global Program on AIDS; he initiated an international effort which characterized over 120 HIV-1 isolates for future vaccine and clinical trial site development from epidemic centers around the world; his laboratory was designated the first of five  HIV-1 Immunotyping laboratories; Dr. Nara was made group leader and chairman for the WHO Network for HIV Isolation and Characterization. He is a regular member of the National Academy of Science, Institutes of Medicine, National Institutes of Health, Department of Defense, and Centers for Disease Control, and served as a recent member of the U.S. State Department BioIndustry Initiative Program, the Civilian Research and Development Foundation (CDRF) and the International Science and Technology Center (ISTC) for non-proliferation of biological agents. He was a Howard Hughes, Ciba Corning, and Miles Invited Lecturer;  nominated by Dr. Jonas Salk, he was elected and served as Founding President of the International Society for Vaccines 1994-2002; he was the founding conference chairman for the National Foundation for Infectious Diseases (Annual Conference on Vaccine Research); he serves on the editorial boards of the leading virology, AIDS, vaccine, immunology, comparative microbiology and pathogenesis  journals, and is the inventor or co-inventor on 7 issued U.S. patents. In 2007 he was nominated as Biotechnology Executive of the Year in Frederick County, Maryland and in 2008 Biological Mimetics, Inc., was a finalist as small firm of the year by the State of Maryland Technology Council. From 2007-2014 he served on the board of the prestigious National Foundations for Infectious Diseases in Washington D.C.

Dr. Nara’s formal education and training include his Bachelor of Science in 1977 from Colorado State University, a Master of Science in Immuno-pharmacology in 1979 from The Ohio State University, a combined Doctor of Veterinary Medicine in 1984 and Doctorate of Philosophy in Retrovirology and Immunology in 1986 from The Ohio State University. After graduating from veterinary school he received a combined 4-year National Institutes of Health (NIH) medical post-doctoral fellowship at the National Cancer Institute, and a 4-year Comparative Pathology Residency at the Armed Forces Institute of Pathology, Washington D.C. (1986-1990). He was acting Head of and Cancer Virus Expert of the Virus Biology Section in the Office of the Institute’s Director from 1990-1992 and was tenured and promoted to Section Chief of the Vaccine Resistant Diseases Section from 1993-1998.