Archives of Proteomics and Bioinformatics 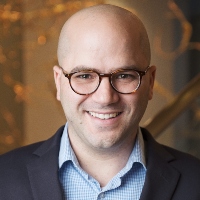 Upon graduating, he began his academic journey at the young age of 17.5 years old, with a first degree in Pharmacy, from the Hebrew University. From there he moved to Tel Aviv University for his master’s degree in the Faculty of Medicine, where he investigated the impact of cannabis on memory and cognition. Upon graduating magna cum laude, he moved to Haifa to the Technion Institute, Department of Chemical Engineering, for his doctorate, during which he researched the diagnosis of cancer through exhaled breath. With several offers for postdoctoral fellowships, Dr. Amal decided that the next stage of his academic journey would be at the Massachusetts Institute of Technology in Boston (MIT). It was there that he started his journey working on the autism spectrum disorder and Alzheimer’s disease. Dr. Amal was a Senior Postdoctoral Associate at the Biological Engineering Department at MIT and affiliate in the Stanley Center for Psychiatric Research at the Broad Institute of MIT and Harvard.

Dr. Amal’s research has been widely published, with more than 15 papers on the cancer, autism, Alzheimer’s disease, and other brain disorders; he has been the recipient of many awards. Dr. Amal is a member of many local and international scientific committees and societies.

At MIT, the first paper of his postdoctoral research was published in the Journal of Molecular Psychiatry – the leading journal in Psychiatry. It represented the first literature to link nitric oxide with autism spectrum disorder, a key step towards identifying a drug target for the disorder. He has also worked on Alzheimer’s disease, with his research being published in Translational Psychiatry. Dr. Amal was the recipient of many postdoctoral fellowships including the MIT Technion Postdoctoral Fellowship for the Brightest Students.

Currently, Haitham is an Assistant Professor at the Institute for Drug Research, Faculty of Medicine at the Hebrew University. He leads a group of scientists that their ultimate goal is to discover therapeutics and biomarkers for autism spectrum disorder, brain disorders, and other diseases. Recently, Dr. Haitham Amal received the prestigious Golda Meir Fellowship Lectureship Award, 2020. The Amal Group has multinational collaborations including MIT, UCSD (UC San Diego), and Imperial College London.

Currently, Haitham is leading different projects at MIT in collaboration with the McGovern Institute, Broad Institute and the Mechanical Engineering Department. He is using different OMICS techniques to understand the mechanism of several neurological diseases (Autism, Alzheimer and Parkinson). Furthermore, he is trying to reveal the pathological signaling pathways and trafficking in the Neuron. Haitham is also involved in the DARPA project, “Human Body On A Chip” which is lead by several groups. This big project is trying to integrate TEN different organs on one chip; The state-of-the-art of this project is that it, for the first time ever, will deliver a novel way for the research/industrial community to have a human physiome on a chip that can be translated to biopharmaceutical research.